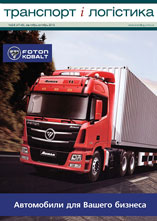 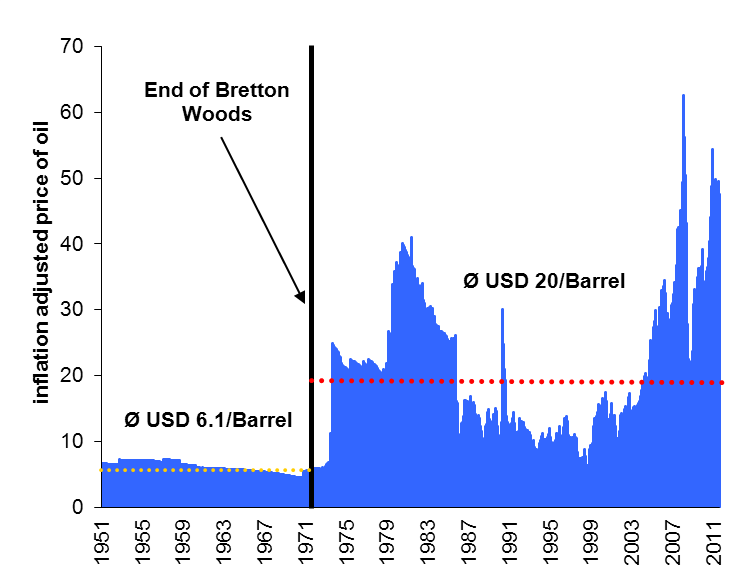 Brent crude rose to a new all-time high of USD 111 per barrel on average in 2011. Even when adjusted for inflation, this was higher than in 2008 and even higher than during the second oil shock of 1979/1980.  The factors driving the oil price were supply and the unrest that spread from Morocco to Iran last year. The entire region produces nearly 30 million barrels per day (mb/d) and exports more than 21 mb/d. The increasingly expansive monetary policy of the Federal Reserve, ECB, Bank of England and Bank of China also had a stimulating effect. As the Federal Reserve is now prepared to continue its zero-interest policy until the end of 2014, this should be supportive of the entire commodities sector, but especially of oil and gold. The foundation for new all-time highs has been laid. “We expect an average price of USD per barrel of Brent on a 1y horizon (oder until March 2013),” said Ronald Stoeferle, commodity expert at Erste Group. In Europe, the higher oil prices may soon be having an impact on the economy. In euro, the price of Brent has already reached new all-time highs.

OPEC keeps tighter control of oil price than ever before; critical threshold repeatedly tested
Furthermore, it seems that OPEC currently controls the price more tightly than ever before. In the current environment, prices of USD 90-110 should not yet create any form of demand destruction. It seems as if the oil price were to test the precise price level of that critical threshold and then rise a bit higher with every attempt. However, the cure for high prices is high prices, which means both demand in the OECD countries and supply (unconventional oil, new production methods, etc) are adjusting.

Increase in money supply and peak of conventional oil extraction are significant oil price drivers
While the average inflation-adjusted oil price during the Bretton Woods Agreements era after World War II was USD 6.1 per barrel, it rose steeply after the gold exchange standard was abandoned. Since the last time the USD was pegged to gold, one barrel of oil has cost on average USD 20.6 adjusted for inflation. While the oil price measured in gold has remained stable, the USD versus oil lost more than 98% of its purchasing power.

Ronald Stoeferle has identified another price driver in the peak oil scenario: “In my opinion, the maximum global extraction of conventional oil has already been surpassed. Although I assume that unconventional extraction methods would be able to compensate for this to a great extent, the sources that can be easily exploited have already been largely exhausted,” explained RonaldStoeferle.  In its Energy Outlook 2010, the IEA also reported that the conventional oil production peaked in 2006.

Moreover, the reserve capacities of OPEC have reached a critical level. As Saudi Arabia has never sustainably produced more than 10 mb/d, it is possible that we will only find out if the reserve capacities actually do exist when an emergency arises. Demand is clearly dominated by Asia. 70% of additional oil consumption is accounted for by China and India. “The current shift in the paradigm is illustrated, for example, by the fact that last year China overtook the US as the world’s largest consumer of energy,” said RonaldStoeferle. 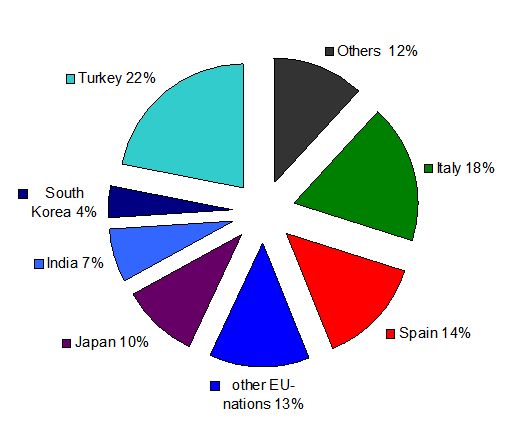 The spread of political unrest to Libya in 2011 and the resultant civil war clearly showed the risks of production outages in politically instable countries. Although the country accounts only for around 2% of global production, with its petroleum production of around 1.65 mb/d, the price of Brent oil rose from February to April of last year by roughly 25%.

Currently, we are anxiously watching Iran, the third-largest oil-exporting country in the world. The latent Iran crisis bubbling just under the surface seems about to explode. The latest manoeuvres, threats, sanctions and embargoes, and the current shadow war have heated up sentiment even more. “Even just a short blockage of the Strait of Hormuz would have dramatic effects. The oil price would certainly rise to new all-time highs, as 20% of global oil production is transported through this maritime eye of a needle,” explained Ronald Stoeferle.

Shale oil shows innovation power in the sector; production profitable from USD 60/barrel onwards
The trend reversal in US oil production clearly illustrates the innovative power of the industry. Oil production, which has been on a decline since 1970, has risen again steeply since its low of 2008. The reason: Oil production from oil shale. According to the largest producers, shale oil extraction becomes profitable from USD 60 per barrel onwards. At the current level of around USD 100 per barrel (WTI), the boom in new oil sources is understandable. Shale oil may also be expected to gain enormous significance in Europe in the coming years as well.

“The development of shale gas extraction in Europe is progressing fast,” explained Stoeferle. The present panic being fuelled over fears of the environmental risks seems exaggerated. The next generation that uses the extraction method "clean fracking” will substantially reduce environmental risks, increase exploitation, and therefore, make the extraction of shale gas more efficient, cost-efficient and cleaner. The belief that fossil fuels can be quickly replaced by alternative energy sources seems an illusion in the light of current investment volumes and political statements of intent. “Therefore, these extraction methods based on the latest ecological standards have a real chance in the future,” concludes Ronald Stoeferle.